Have you or your organization been talking about Windows 10 for quite a few years now? You might have wanted to upgrade to Windows 10 from Windows 7, but for whatever reason, this has not been possible. The reasons might be because of application compatibility, financial reasons, or some internal resistance.

In this blog post, I will list a few crucial reasons why you need to upgrade the workstations in your organization to Windows 10 in 2020.

Here are some interesting findings from a survey by Spiceworks:

A few months back, Microsoft reported that Windows 7 support would end by January 14, 2020, and any extra support will now incur a cost.

According to Thurrot.com, the following pricing will be:

There are many reasons you need to upgrade to Windows 10 in 2020.

Microsoft had an offer for customers to upgrade to Windows 10 free. This offer ended by the end of 2016.

In this blog post, I review different reasons for upgrading to Windows 10, such as

As I mentioned in the introduction, Microsoft will remove support for Windows 7 on January 14, 2020.

Refer to the Windows lifecycle fact sheet for more information.

Support within your organization

Mentioned in the introduction, staying on Windows 7 will incur extra support costs.

Windows 10 is a much more secure operating system than Windows 7 or earlier systems. With features included in the Windows Defender suite:

Windows Defender Antivirus is a built-in antivirus solution in Windows 10.

From the start, it received a bad rep for not catching all viruses and malware. However, the latest research shows that Windows Defender Antivirus is just as capable as the competitors in catching these.

In a recent test conducted by AV-Test, Windows Defender Antivirus scored the highest scores compared to its competitors.

You might choose another provider for other reasons, but solely for antivirus, Windows Defender Antivirus is good enough.

Windows Defender Antivirus also has integration with System Center Configuration Manager (SCCM), which is a great deal for system administrators.

Windows Defender Credential Guard stops so-called pass-the-hash attacks, where a hacker successfully elevates to system context and retrieves hashes of the passwords stored on the device. The hashes can be reverse-engineered, and now you have a significant potential threat.

With Windows Defender Application Guard it is possible to white- or blacklist applications.

Usually, organizations choose one of these options.

Read more about the product at Microsoft Docs.

You should move to Windows 10 if you are not already there. Although the added support cost might sound trivial, you have all the additional benefits such as increased security.

What are your plans for moving to Windows 10? Please leave a comment below! 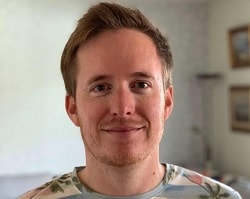 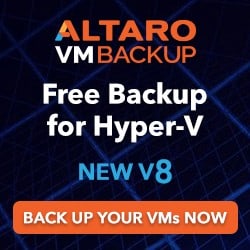